Does a short-term job belong on a resume? GET TARGETED FEEDBACK ON YOUR RESUME SO YOU CAN ATTRACT MORE INTERVIEWS....without fancy resume templates!

Discover if your resume is targeted, has relevant keywords, highlights your achievements and is inviting to read….There’s no fluff here! I serve it straight up along with how it rates in my applicant tracking software (ATS).

YES, I WANT THIS NOW!

I hate my new job. I worked at my old company for 12 years but was let go in a major restructuring. I’ve found a new job and have been here for four months, but I hate it, and I’m going to quit.

My question is: Should I include this job on my résumé?

This is actually a fairly common question — and there’s no simple answer. As with many job search-related issues, the answer is: it depends.

First things first. Was it planned as a short-term position, or did it simply ended up that way?

In other words, was it a contract (or a contract-to-hire role that didn’t get picked up)? Yes, then include the job on your résumé. Make sure to describe it as such:

Hiring managers are often sympathetic to short-term engagements when the circumstances are explained.

It wasn’t planned. What now?

If it wasn’t meant to be short-term, then you can make it seem it wasn’t as short. Include it on the résumé but list your experience by year, instead of month/year to month/year.

Also, try “grouping” the role with other positions.

If you had several short-term roles — even if they were not technically temporary jobs — combine them into a single description.

Let’s say you have a sales role with company ABC for eight months. You then left for a better opportunity with company XYZ. But, you only worked there for a year. When this happens try listing the positions jointly.

One last thing to touch on in this section.

Were you laid off because of the economy, loss of a key company customer, or another reason unrelated to your performance?

Then you must include that in the résumé (and possibly also the cover letter).

Boost Your Interview Conversions, and Job Offers in 2020… WITHOUT Using “Graphic Designed” Templates.

Send Me My Free Review

Hmmm, but I was fired or quit. What now?

If the job wasn’t intended to be short-term — but ended up that way because you were fired, or you quit because you didn’t like the job/company/people, consider leaving it off.

But even in this situation, there are exceptions.

Ok, so now we need to look at whether the role fits in the narrative of where you’ve been in your career — and, more importantly, where you’re going.

Sometimes you take a job because you think it will open doors or lead you to a new path, and it doesn’t end up that way.

Don’t mention it on your résumé if it will simply raise lots of questions.

Remember, your résumé is not an obituary that lists every job you’ve ever held. It’s a marketing document whose content should support the job target you’re seeking.

Determining what to include — and what to exclude — on your résumé is important and something I assist with.

Leveraging my guidance and experience will not only help you navigate your job search but also save time and money. 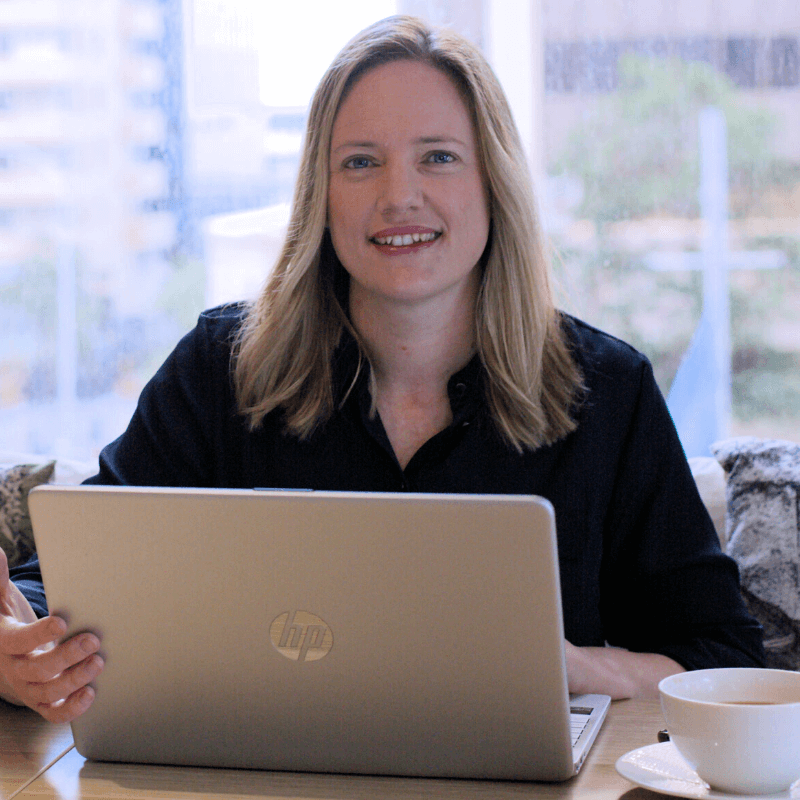 I’m a Resume Master, Job Search Accelerator and Owner of Meritude.com.au. I’m obsessed with English Breakfast Tea, traveling, and Barefoot Investing. What motivates me each day is helping YOU land your next role.

Hey Lisa! Do you have any advice on... How’s that for a heavy title, huh? 😀 While it’d be awesome to publish my interview outcome with the glowing 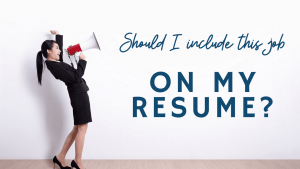 Does a short-term job belong on a resume?

Dear Lisa, I hate my new job. I worked at my old company for 12 years but was let go It’s been a while since my last blog post. Life during pregnancy, being a new parent, and a whole tonne

Ready To Start Your Best Job Search Ever?

Get started with my FREE resume review

TAKE ME TO MY REVIEW

Open
If you've ever wondered whom I write for, well her

Open
Happy #mothersday!! This is one of my mum before s

Open
@saporeespressobar thanks for helping make my #mot

Ready For Your Resume Review?

YES, I WANT THIS NOW!
Scroll to Top